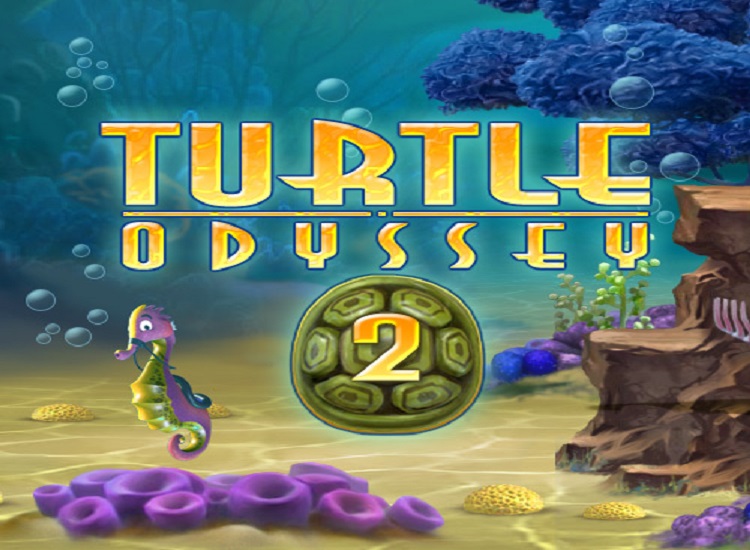 I grew up on… scratch that, I started my vast video game playing journey with Super Mario Brothers. I never really grew up. Currently, I am the only American male who wasn’t able to beat the game when he was ten years old… or for that matter, 25. So what? So Bowser Koop presents a bit of a problem for me. I’ve never been able to stand up to him.

Actually, he reminds me of my father in that way… that and because he’s always throwing hammers and backward fireballs at me. Don’t worry, by the time I’m 30, I’ll have figured out how to use the ax to cut the bridge out and make him fall into the fiery 8-bit lava pit below… Koop I mean… I would never do that to my dad. He’s too smart to stand over lava… so far.

All told, Turtle Odyssey 2 reminds me of a lot of the early Mario Brothers adventures mixed with the recent release of Sprain. For any of you that played or downloaded Sprain over Christmas when it was super popular at Legacy Games, you’ll remember how seamlessly the music and graphics blended in a cute yet somehow acceptably manly way for extremely addictive gameplay.

The music and graphics achieve the same blend of time-released euphoria in Turtle Odyssey 2. I love games that make me forget the real world around me so that I can follow and help cute loveable turtles riding seahorses to jump on fish. I would much rather get lost in that world than exist in the real one where I’m constantly dodging hammers.

If I have to complain about this game it’s that they could use fewer levels. I never once faced a pit boss or a boss at the end of a level, so when I got to the end it was basically just done and I had to start the next one.

Minor complaints aside, I just really enjoyed playing this game. Character control is easy enough although you might want to plug in a controller if you’ve got one. There really is nothing like watching a turtle whoop up on some seafood.

On top of all that it has plenty of easy gratification in the way of secret places filled with treasures. I love treasure. Treasure, treasure, treasure… let’s have a moment of silence for treasure… … you there in Texas, mute the stereo. Seriously Dude, don’t make me come out there… … … thanks. Thanks, everyone.

I appreciate you. Video game treasure appreciates you too. So, download the game, play it for hours, and escape the dreary real world. You won’t be disappointed. Also, if anyone out there has tips on how to get past Bowser, or how to talk my dad into standing over lava, let me know.